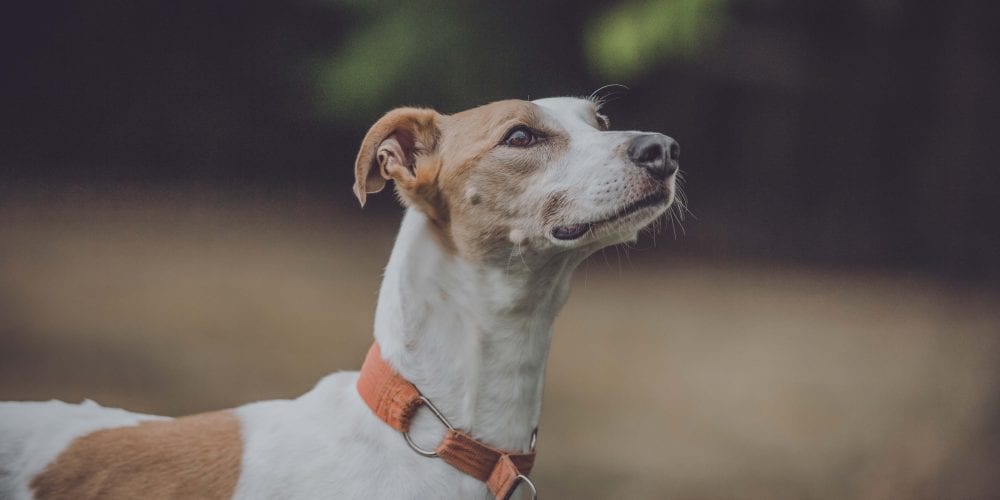 AN ALSAGER vet surgery is hosting a dog show to raise money for a charity which has spent four years helping a lurcher recover from abuse which caused him to ‘shutdown’.

Lester the lurcher arrived at canine rehabilitation charity Greyhound Gap back in 2014 as a distressed and anxious stray, but thanks to their love and patience he is at last ready for a new start and the chance to find his forever home. 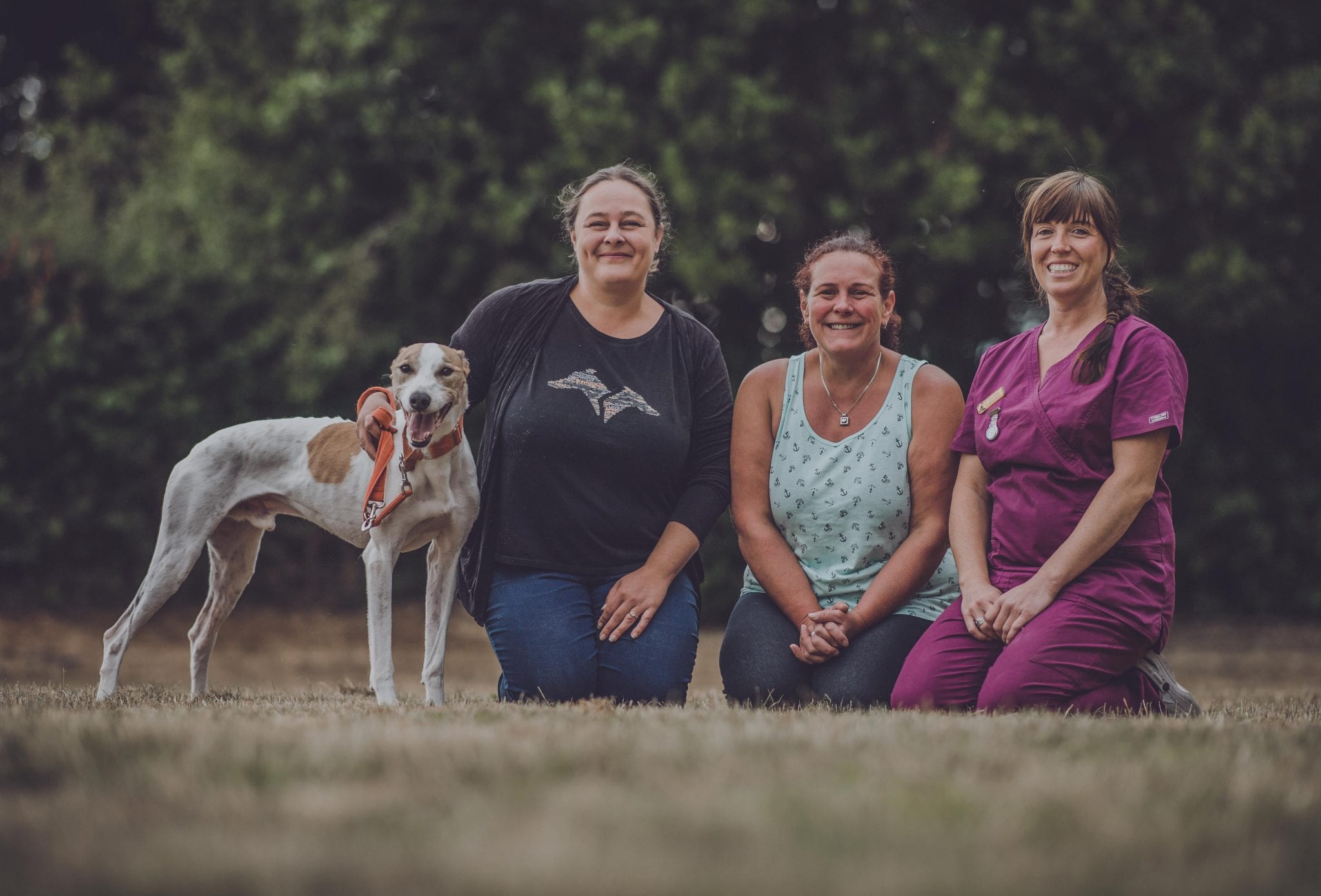 As keen supporters of the work undertaken by the charity – which takes in greyhounds and lurchers who may ordinarily be put to sleep – Alsager Vet Centre, part of Willows Veterinary Group, is hosting a dog show to raise vital funds to enable them to continue helping troubled dogs like Lester.

The event, which invites dog owners to enter their pets into a series of classes included best presented, best junior handler and waggiest tail, has been organised by head vet Gill White and takes place on the field behind The Plough Inn pub on Crewe Road, Alsager, from 12pm on August 19.

“We’ll have other attractions on the day such as agility courses, training demonstrations, pet photography, face painting and refreshments.

“We will take donations for each class and hopefully raise plenty of money for a really good cause.

“Greyhound Gap is our chosen charity this year and it’s mainly down to the wonderful work they do and how keen we were to support it.

“I’ve got a 16 year old saluki lurcher rescue myself so it’s a cause close to my heart.

“As I’m an owner we get quite a high number of greyhounds and lurchers at the practice so all the staff are very fond of them.

“Owners like to see vets that have knowledge of their dogs and sight hounds such as greyhounds and lurchers require a certain type of handling.”

Greyhound Gap rehome around 150 dogs a year and have kennelling facilities for up to 50 pooches as well as experienced foster homes.

Trustee Julia Burgess, who has been volunteering for five years, says fundraising events like the dog show enable them to continue helping greyhounds and lurchers who are in desperate need.

Their work is particularly crucial when dealing with complex cases such as Lester who is believed to have been badly hurt by a human in the past.

Julia, 40, said: “Alsager Vet Centre do a lot of fundraising and we’re lucky enough this year to have been nominated as their chosen charity.

“We’ve already had a fundraising donation from them after Christmas. That support is crucial to us.

“We’re totally self-funded and our running costs can be £12-15,000 a month depending on what issues the dogs come in with.

“The charity is well renowned for taking in specialist cases. We give a dog as much time as it needs.

“Our ethics are very much that we would never euthanise a dog based on money or time dependencies.

“Lester is a special dog. He was really shutdown when he came in. He completely lacked confidence.

“It’s only through constant interaction and letting him come out of his shell at his own pace that we’ve got him to be a happy dog.

“He’s been through a bad experience in the past although it’s difficult for us to know exactly what he’s been through. He came into the pound as an unclaimed stray.

“For years he stayed quite consistent. He was settled at the kennels but we never saw his personality.

“He was going through the motions and stayed within himself. His eating and walking was fine, but we knew something was missing.

“We knew he had a massive personality but he was always really cautious.”

The charity’s support and patience finally paid off when earlier this year, completely out of the blue, Lester broke out of his shell and reciprocated the love shown to him by the staff and volunteers.

Julia explained: “One morning Lisa the founder of the charity went into the kennels to give them their breakfast.

“Now Lester would never stand right at the back of his kennel but he’d also never come and greet people at the front either.

“On this occasion he was right at the front and he jumped up to greet her – it was the most bizarre thing, like someone had flicked a switch.

“He was then introduced to a couple of kennel dogs we knew could help him and give him more confidence.

“He’s really come out of his shell now and it’s fantastic to see how happy and playful he is.

“It just shows you what can be done with patience. We don’t put pressure on the dog, we let them make the right decisions at the right time. Our job is to keep them safe and to give encouragement.

“It’s all down to the dedication of the kennel staff, the team is amazing.

“We’re always working with the dogs on enrichment activities. Lester has been introduced to agility classes now and he’s really enjoying it.

“Although he’s ready for rehoming now, we will keep working with him. We need a home with another dog and a middle aged lady would probably suit him best based on the interactions we’ve seen.

Head vet Gill has been at Alsager Vet Centre since January 2016.

It is part of Willows Veterinary Group which offers a wealth of knowledge and expertise through a network of 25 small animal practices, a referral veterinary hospital, two equine centres and a seven-office farm practice, located across Cheshire and into Greater Manchester, North Wales, the Wirral and Staffordshire. Willows is accredited by The Royal College of Veterinary Surgeons.

She said the patience shown by the charity to give dogs the time they need to regain their confidence is crucial. 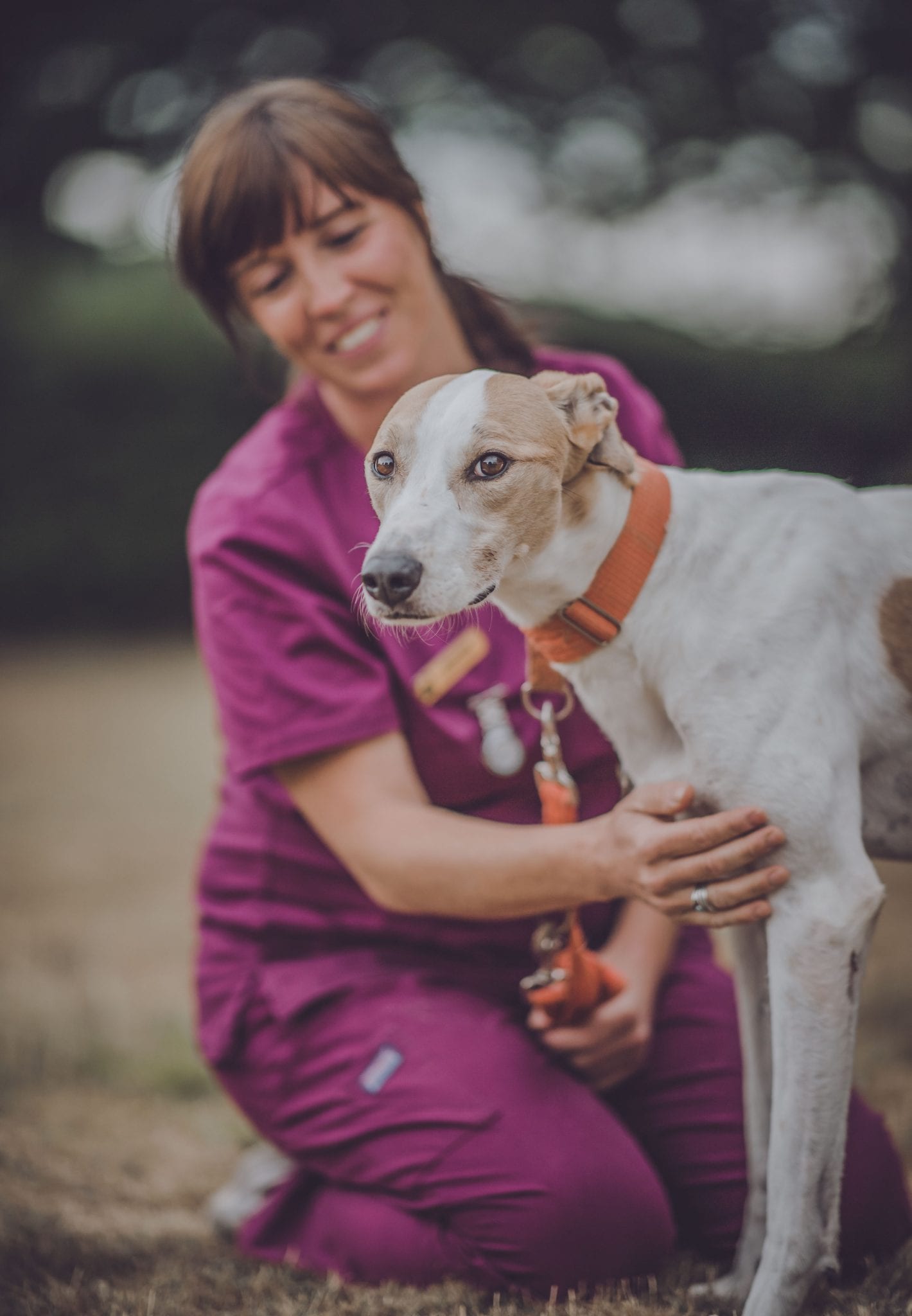 She said: “We went out to visit them a couple of months ago and looked at some rehabilitation techniques and the work they do.

“The staff have tonnes of patience with the dogs. People don’t realise the work and effort going on behind the scenes. It really is fantastic.

“I can relate to Lester’s case in particular as my rescue Charlie was in a similar state.

“When I took him on 15 years ago he was scared of people and it took him two to three years to settle down.”

Greyhound Gap are always on the lookout for volunteers, whether it’s for exercising the dogs between 10.30am and 2.30pm any day of the week, or fundraising activities.

For more information about adopting Lester or another dog like him from Greyhound Gap call 01256 771819.